And it’s important we never lose sight or forget how far we’ve come and how fortunate we are to live in some areas where weed can be consumed, shared, and loved freely, without constrains. Every day we can wake up and share a bowl and a laugh with a friend reminds us how lucky we are.

But it’s also important we take stock, and realize how we’ve evolved as a community–and to whom we ow a whole lot of gratitude. 2013 has already been a banner year for weed (and 2014 will continue this momentum), but it’s important to realize that Rome wasn’t built in a day and it certainly wasn’t magically built. 1. Growers/Breeders: Without these fine individuals, there’d simply be no weed! While most of us never see the Greenthumbs (unless you’ve got the right friends!), the growers are, obviously, at the top of our food chain. From seed to stem, it all starts with them, and if it weren’t for the love and art they put into their work, our marijuana wouldn’t be as diverse, potent, and mind-bending as it has become. In America, we’re not smoking your parents weed any more–nor should we be smoking Mexican brick weed. This one goes out to the connoisseurs, the crafters, the ones creating new strains, and the ones innovating. While you might not be able to thank your grower, do the next best thing, and tell your local dispensary to thank their grower for you!

2. Activists/The Real Patients: The people on this list who get almost zero acclaim, zero financial benefit, and do it in the name of love for Mary Jane. These are the people who hit the polls, who lift up signs in protest and wear the color green proud. These are the people that show up to court and fight for our rights. These are the people who truly care. There aren’t enough of them–but the ones that exist help shed the “lazy stoner” misnomer. If you know any of these people, you should be showing them respect every day. And if you’ve never stood up for cannabis, then you should look in a mirror and ask yourself whether or not you’ve done your part.

3. The Non-Profits: They’re like our activists, only with a lot more access, a lot more sway, a lot more responsibility, and a lot more risk. And there’s a ton of them. Without groups like NORML, MPP, SSDP, the Drug Policy Alliance, and many, many more, marijuana reform as we know it would simply not exist. They’re the ones behind the scenes making sure (or at least trying to make sure) that the right laws get passed and that we can keep progressing. Reasonable, forward-thinking laws get made because of these hard-working individuals (who also love weed!). If you don’t know them to thank them, you can do the next best thing: donate to their non-profit causes!

4. Sanjay Gupta: Public perception on weed didn’t just change overnight. It happened in large part because of Gupta. While he might not have said anything those in the know don’t know, he enlightened an entire new audience about marijuana’s very real medicinal effects. And he and CNN did it in a classy, well-produced manner. Gupta was once blind and then he saw the light. Then he shared this light with the world and in doing so, Gupta forever changed the game.

5. Budtenders: You see them more often than you see most of your friends and you probably cant remember their names. But they’re the ones smiling back at you every time you’re in need. It may seem like they have the best job in the world–get paid to smoke weed!–but when you analyze the situation more closely, they’re not only dealing with serious medical patients, they’re dealing with a lot of cloudy-headed individuals (better than the drunken/blacked-out alternative). Keep in mind, Budtenders don’t typically get paid a ton. So thank them, tip them, and appreciate them.

6. Trimmers: The most tedious and least glorified job in the industry belongs to these fine folks. Without them, you wouldn’t be smoking clean, beautiful nuggets every day. While some trim machines do a great job, any real connoisseur will tell you hand trim or bust for the highest quality herb.

7. Extract Artists: The men (and women!) with the Goldfingers. These individuals take perhaps the biggest risk, both physically and legally. Now, the real ones perform closed-loop extraction, taking some of the danger away. But when you’re around butane, you’re around danger. And then there’s the not so fun part: the way the public perceives Dabs. The DEA wants to separately classify it and it’s unfairly deemed the crack of cannabis. In reality, it’s a medical miracle and the individuals making it the right way (the West Coast Cure, 710 Labs, Emotek Labs, TerpX, TC Labs, the list goes on) are on the forefront of modern medicine and weedovation. If you know what’s good, you know how important these people–the ones doing this right–are to the movement. So don’t blow yourself up at home–find the right hash, and then hail that hash daily.

8. Glassblowers: Functional glass art has taken major leaps in the past few years. If you can think of any concept for a bong, it can be made. They don’t get nearly enough acclaim, and not nearly enough people know that their kind of art even exists. Without them? We’d still be getting high off acrylic. With them, we’re smoking out of Mona Lisa.

9.The Doctors: You see them once a year (maybe) and they’re by far the least exciting individuals on this list. However, without them, medical marijuana would be a myth and safe access an impossibility. They’re also taking a major risk, and can end up in jail if they give too many recommendations or recommendations to patients that aren’t really patients. Keep that in mind the next time you lie about Glaucoma or a “bad back” (guilty as charged). While a sleeping issue should qualify anyone for medical weed, it doesn’t. And these are our gatekeepers. 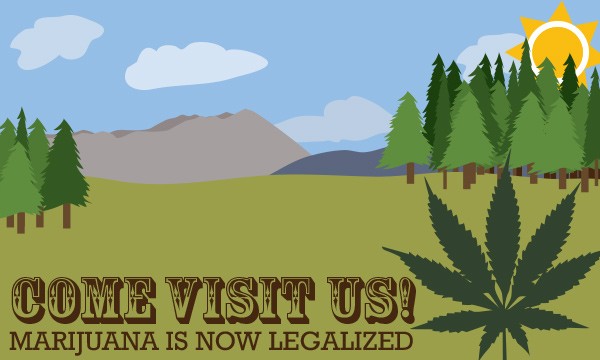 10. Colorado and Washington: Like Gupta, these states set a bar and captured not only America’s, but the entire world’s attention. And we are forever grateful to everyone in these states that made the once unthinkable happen. The lawyers, the lobbyists, the activists, and the patients in these states all took a stand, banded together, and forced change. Now, all eyes (and pressure) are on them as we approach 2014. We will be praying that everything goes right and the experiment works, because if it does, our nation’s future will look a lot more legally green. Thanks to these two states.

Weed Bloggers. How else would you read about the weed?

The Weed Programmers: How else would you find the good stuff?