DHX Brands has formed a direct-to-retail collaboration to launch a new range of In the Night Garden products, specially created for the brand’s audience of children aged 6 months to 2.5 years.

Launched as a direct-to-retail promotion with TJ Morris, the products will be introduced exclusively in Home Bargains and Quality Save stores throughout the U.K. this summer, with an initial 18 products available by the end of July, followed by two more in August and a further 12 in September.

The range – which retails from £0.69-£13.99 – includes a host of items which are currently unavailable from other In the Night Garden licensees, including infant wipes, toddler training items, wooden pull-along toys, slippers, towelling robes, gift bags and feeding products such as bibs and sipper cups. The range also includes greeting cards and gift wrap; tableware, such as cutlery and melamine sets; apparel, including pyjamas and onesies; and accessories such as socks and backpacks.

With Home Bargains also stocking toys from Golden Bear’s popular, award-winning In the Night Garden range, the store is now a must-visit destination for fans of the top-rated CBeebies preschool TV series.

“We are delighted to team up with DHX Brands to offer this fantastic new range of In the Night Garden products,” said Helen Lynch of TJ Morris. “Such an appealing choice of items, from such an evergreen brand which is beloved by millions of families nationwide, is sure to prove a big hit with our customers over the summer.”

Laura Brennan, DHX Brands, said, “TJ Morris have an excellent reputation with their burgeoning Home Bargains stores and we are excited to be teaming up with them to give In the Night Garden fans such a wonderful new range, which increases the variety of products available and provides even more ways for young children to get closer to their favourite characters.”

The agreement between In the Night Garden brand owner, DHX Media, and TJ Morris was negotiated by leading licensing agency CPLG. 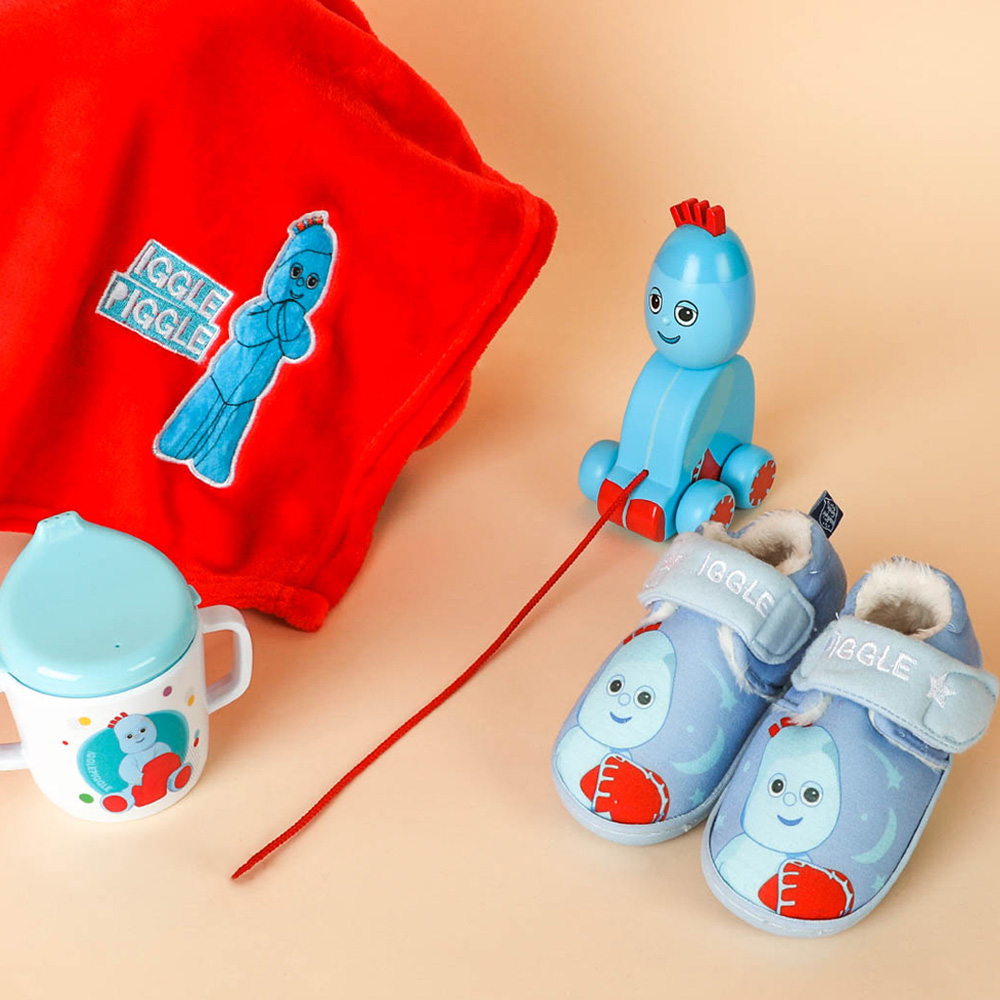 Next week, movie lovers on both coasts will have a chance to get to know animation icon Nancy Cartwright — the voice of Bart on The Simpsons — in a whole new light as her film In Search of Fellini, based on her own real-life adventure in Italy, gets a limited theatrical release. The flick will open Sept. 15-17 at the Laemmle NoHo in Los Angeles, and at the Village East cinema in New York City, with cast and crew Q&As following screenings.

Inspired by Cartwright’s experience travelling to Italy in 1985 to seek out the legendary director Federico Fellini, In Search of Fellini is directed by Taron Lexton and stars Ksenia Solo, Maria Bello and Mary Lynn Rajskub. Cartwright, who originally developed the story as a one-woman performance, wrote the script with Peter Kjenaas and served as executive producer with Kevin Burke, Monika Bacardi and Andrea Iervolino.

Synopsis: A sheltered, small-town Ohio girl is suddenly faced by harsh reality. Desperate for answers, she discovers hope in the delightfully bizarre films of Federico Fellini, and sets off on a strange, beautiful journey across Italy to find him. Along the way she discovers far more than she ever expected. Sunao Katabuchi focuses on the ordinariness of one Japanese couple’s lives as the specter of war looms in the award-winning In This Corner of the World.

With the help of translator Junko Goda, Katabuchi discussed In This Corner of the World during a recent visit to Los Angeles, where he screened the film and answered questions at the Anime Expo, prior to the film’s release in theaters and on disc in America.

Based on Fumiyo Kouno’s manga, which will be published in English this fall, Corner tells the story of Suzu, an artistic but diffident young woman, who moves to a small village near Hiroshima when she marries the gentle Shusaku.

Kuono’s carefully depictions of the details of daily life excited Katabuchi. “The scenes in the manga of Suzu making a kimono into the mopei pants women wore during the war and gathering wild plants for dinner made me really want to make this film,” he says. “But Ms. Kouno also shows the battleship Yamato in the background. The seemingly ordinary bridge Suzu and Shusaku stand on while they talk was the target for the plane that dropped the atomic bomb on Hiroshima. The shadow of war emphasized the preciousness of everyday life — cooking, mending, gardening.”

“I sent Ms. Kouno’s a letter, asking permission to animate In This Corner of the World,” Katabuchi says. “It turned out she had watched my TV series Meiken Lassie (based on Eric Knight’s popular novel Lassie Come Home (1996), and the feature Mai Mai Miracle (2008). Like This Corner of the World, they both depict little snippets of everyday life. When she received the letter, she realized not only had she been watching my work, I had been watching hers. So she said the film was probably fated to be.”

Because In This Corner of the World focuses so closely on daily life in rural Japan during the 1930s and ’40s, Katabuchi felt it was essential to present that life as accurately as possible, which required more detailed research than a typical period film. “Unfortunately, the survivors are getting very old, so I felt we couldn’t use them as a source,” he says. “We had to do our own research: We sought out government documents, local town records and personal journals.”

Although the war inevitably alters the characters’ lives, Katabuchi never allows it to eclipse the relationship between Suzu and her husband: “Suzu was never quite sure why Shusaku chose her, because she doesn’t realize her value. She doesn’t even recognize her talent as an artist. She thinks she’s a very boring person. Shusaku is always telling her, ‘You make my life better.’ But she doesn’t listen until tragedy strikes. Suzu and Shusaku aren’t quite on the same page until the end of the movie.”

Although he confesses he has ideas for at least two more films “in his head right now,” Katabuchi may have other work to complete before he can get to them. The storyboards he and assistant director Chie Uratani (who is also his wife) prepared included 200 scenes that didn’t make it to final film. So talks are underway about making an extended version of In This Corner of the World. Sunao Katabuchi’s In This Corner of the World won the Jury Award for feature films at the 2017 Annecy International Animation Festival. The Audience Award for features was presented to Loving Vincent and the Cristal for a Feature to Lu Over the Wall.

At the awards ceremony held at the Bonlieu, Marcel Jean handed over the Honorary Cristal to Georges Schwizgebel to commemorate his prolific career.

“Georges Schwizgebel is an animation guru, an artisan of precision and an artist who has inspired many young animators,” says Marcel Jean, artistic director of the festival. “His style can be described as baroque and swirling, characterised by a confident brushstroke and a resolutely postmodern approach with his relationship to history and art.” Multiplatform media company Shout! Factory has struck a deal with London-based producer/licensor/distributor Animatsu Entertainment to distribute animated feature In This Corner of the World in North America. Shout! has secured all rights to the film, including theatrical, VOD, digital, broadcast and home entertainment for cross-platform releases in the US and Canada.

“Shout! Factory is a fantastic partner for this film. We were incredibly impressed by their work on Long Way North, and have been fans of their commitment to content curation and serious film and television fans in North America for a long time,” said Jerome Mazandarani, COO of Animatsu Ent. “It’s been clear throughout our discussions with the team that we couldn’t find a more committed and passionate company to handle this beautifully delicate film.”

“This truly is a unique and exquisite film, one which only comes around once every few decades, and we are incredibly proud to be involved with it. Unique films deserve unique partners and Shout! Factory are an absolute perfect match given their passion, expertise and back catalogue of releases.”

Based on the award-winning manga by Fumiyo Kouno, In This Corner of the World is written and directed by Sunao Katabuchi, who began his career working with Hayao Miyazaki before directing his own films, including Mai Mai Miracle and Princess Arete. Produced by GENCO and Japanese studio MAPPA, the coming-of-age tale carries messages of resilience and the triumph of the human spirit, wrought with hand-drawn animation. Masao Maruyama (MAPPA) and Taro Maki (GENCO) produced the film, which features original music by Kotringo.

“We couldn’t be more excited and honored about this new opportunity with Animatsu, Sunao, GENCO and MAPPA animation studio. Beautiful and deeply moving, In This Corner of the World is a captivating, socially relevant film that will impact everyone who sees it,” said Melissa Boag, SVP of Kids & Family Entertainment at Shout! Factory. “We look forward to presenting this remarkable hand-drawn animated film to animation enthusiasts and North American movie audiences this year.”

“Here is a film to celebrate. At once heartbreaking and inspiring, light and melancholy, it’s a profoundly intimate work with dimensional characters persevering and finding their humanity in the most challenging of circumstances,” said Shout!’s VP of Acquisitions, Jordan Fields. “Sunao Katabuchi has created an instant classic.”

The film has previously secured distribution in other key territories following successful presentations at Annecy and AFM.

Synopsis: In This Corner of the World follows a young lady named Suzu Urano, who in 1944 moves to the small town of Kure in Hiroshima to live with her husband’s family. Suzu’s life is thrown into chaos when her town is bombed during World War II. Her perseverance and courage underpin this heart-warming and inspirational tale of the everyday challenges faced by the Japanese in the midst of a violent, war-torn country. This beautiful yet poignant tale shows that even in the face of adversity and loss, people can come together and rebuild their lives. New episodes of Rebecca Sugar’s hit 2D adventure series Steven Universe return to Cartoon Network this week with the back-to-back episode premiere of “In Too Deep” — a special four-week programming event in which a series of earth-shattering events lead to a whole new world of trouble for Steven and the Crystal Gems.

The calamities commence on Thursday, May 12 at 7 p.m. ET/PT with “Super Watermelon Island” — in which Steven finds out what happened to all those sentient watermelons he created — followed immediately by “Gem Drill,” which takes Steven on a journey deep underground.

The double episode launch will be followed on subsequent Thursday nights at 7 by “Same Old World” on May 19 (Steven flies around the world), “Barn Mates” (Steven helps two friends get along at the barn) and “Hit the Diamond” (Steven and the Gems play an old fashioned game of baseball). Admit it, every day when you wake up you run to the phone to see if there have been any new Amanda Bynes updates, right? Yeah, us too! Well the actress is really upset because In Touch magazine has published a series of pics taken inside her apartment during a long night of partying. The two photographers who took the pics say her windows were spray painted black and there was marijuana all over the bed and floor. So when Amanda found out about the pics, naturally she took to twitter to give her side of the story. She lashed out at the mag saying she had to sue because the pics were not of her. The rant goes on and on, but gets a little too explicit to finish!